Most of us conscious people these days are well aware of disinformation campaigns and how they can be used to sway public opinion but the technical details of how they can be executed on a grand scale have been more elusive.

So how can corporate governments manipulate the flow of information and how has this been used in creating international protests, the corporate takeover of foreign elections with puppet dictators, and now massive manipulation of public opinion within the US for influence on US elections?

Well, this has all been coming out in the past couple of days by a new whistleblower documentary already heavily censored by Youtube and other mainstream media outlets. See below for the exclusive leak of this banned video! It's all about Shadowgate and the so-called “Internet Influence Operations” which involves the corporate privatization and selling of data for mass influence on social networks.

Why is this all about the privatization of data?

This is about private corporations being given access to so-called “highly classified” information in the name of “sharing threat intelligence” through the “Center for the Protection of National Infrastructure” (CPNI), Government Communications Headquarters (GCHQ), Ministry of Defense (MOD) sharing data with 9 private companies.

Who were these 9 private companies?

BAE Systems, BT, Cassidian, CGI, Hewlett Packard, Lockheed Martin, Rolls Royce, Selex ES and Thales UK. While some of these are likely to be familiar and some less to the point of this all will be clear once you watch this but there is so much contained in this documentary you may want to bookmark this and watch it more than once.

If you found this interesting and useful go ahead and share it on whatever social media platform you prefer or even by email to any friends that can benefit from this information (every0ne). The creator of this documentary was arrested on the day she was uploading likely for trumped up charges in order to stop the information from getting out but do yourself a favor and think deeply about the information contained in this documentary and decide for yourself whether it seems valid.

Trolls are already out in droves trying to discredit this pointing to things like “Well that Vietnam veteran being interviewed isn't old enough to be a Vietnam vet, most are in their 70's now” suggesting that the “vet needs to be vetted” but come on his hat specifically says  “Afghanistan Veteran” so don't be fooled by the trolls.

Please share your feedback below in the comments and report any censored videos to us when you can and we will fix them when possible as quickly as we can. 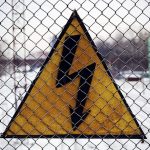