Does a diet that consists mostly of processed sugars increase the likelihood of depression and anxiety? A new study found that indeed, there is such a thing as diet-induced depression or anxiety.

According to lead author Anika Knüppel of the UCL Institute of Epidemiology and Health, sugar affects the mood in many ways. She hypothesized that “high levels of sugar reduce the production of a certain protein that regulates neuron growth,” which leads to disorders such as anxiety and depression.

Eating processed sugar found to cause depression… but magnesium reverses it

(Natural News) Men are 23 percent more likely to develop depression or anxiety if their diet consists of a lot of high-sugar food such as soft drinks and desserts. Researchers at the University College London are stating conclusively that diet impacts mental health, and that high-sugar food can contribute to an increased risk of a mood disorder. The connection between the two has always been unclear; scientists wondered if diet influenced cognition or if the mental disorder disrupted eating habits.

This new study, published in Scientific Reports, concludes that mental illness — particularly mood disorders — could be directly caused by diet. Surprisingly, only men were noted to show this relationship. Women, the researchers observed, did not display any connection between mental health and high-sugar intake.

The health risks involved in a high-sugar diet have already been extensively studied. Excessive sugar consumption is linked to a variety of health conditions such as diabetes, dementia, and obesity. Nevertheless, the researchers wanted to empirically determine if sugar intake could lead to depression. In order to answer this supposition, Anika Knüppel of the UCL Institute of Epidemiology and Health studied data from 8,000 British adults who filled out a questionnaire on their eating habits and lifestyle since the 1980s. This included questions like, “How often do you eat a piece of cake?”

Participants were also asked to complete a mental health survey and were measured for their height and weight. After controlling for variables such as socioeconomic status, researchers found that men whose diets consisted of fizzy drinks, cakes, and sugary teas had a 23 percent increased risk of experiencing an episode of clinical depression or anxiety in the following five years. This pattern was not seen among the women participants — but this may not be indicative of anything significant. Knüppel noted that among the pooled participants, women consisted of a lesser percentage than that of men. This could be a reason why no relationship between sugar intake and mental illness risk among women was seen. 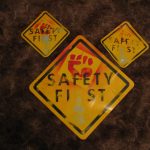 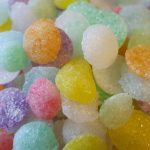 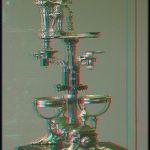