This started out in the 90s and since then this problem has become widespread all over the world. The dramatic increase of popularity and the normalization of it has hidden the truth from the general public. As more and more people use mobile phones it has led to the industry building more mobile phone masts to keep up with subscribers, provide reliable network services as well as to widen network coverage.

In the US alone, there are 215,000 cell phone towers[1]. As the competition between telecommunication companies grows, the number of mobile

phone masts is expected to rise continuously. And most of these cell towers are built in residential areas. This has led to public concerns over residents’ exposure to radiofrequency radiation emitted by mobile phone masts and cellular phones.

This article explores how microwave radiation from mobile phones and other wireless technology effects your metabolic function.

Cellular towers are freestanding or mounted structures along with electronic equipment and antennas that transmit and receive microwave radio frequency (RF) signals[2]. To send and receive microwave signals, the antennas must be set high enough to cover a specific area, such as a local neighborhood. Therefore, the transmitters are often mounted on rooftops and elevated towers.

Data travels between mobile phones and cellular towers along the microwaves which both the phones and the towers send and receive[3]. Microwave energy is a type of electromagnetic energy similar to FM radio waves and but closer in spectrum to the energy used to heat your food in a microwave oven.

Radiation can be powerful enough to ionize atoms or molecules (ionizing) or low enough that it doesn’t ionize molecules (non-ionizing). Ionizing radiation exists at the short wavelength of the electromagnetic spectrum. On the other hand, non-ionizing radiation is at the lower end of the electromagnetic spectrum. (lower frequency = longer wavelength, higher frequency = shorter wavelength)

Ionizing radiation is known to cause DNA mutations at the cellular level when living tissue is exposed to it. This includes x-rays and gamma rays for example. Non-ionizing radiation (microwaves from mobiles), on the other hand, causes different types of changes to biological tissue but the debate in the scientific community still rages on as to the mechanism of these changes and whether the changes happen only when your tissue is heated or even when it is not heated.

When you use your mobile phone to make calls, signals are transmitted back and forth between the handset and the cell tower. This means microwaves are emitted, exposing you to them. High levels of microwaves heat up your body tissues, much like a microwave heats your food.

Cell towers grow in number along with the number of people using mobile phones and even with the number of apps that you use on your phone. Most network companies build these towers in central locations to provide stable connections in densely populated areas. However, reports of clusters of increasingly sick and dying people living near mobile phone towers have been circulating.

The issue prompted the FCC to develop a set of guidelines to reduce the potential risk of RF exposure[4]. These measures were developed based on scientific evidence that microwave exposure is harmful to public health. The policy includes minimum guidelines for safe human exposure to radiofrequency (RF)  microwave energy on all wireless communications devices sold in the United States. [5]

Are these standards sufficient?

Despite the lack of a federally developed standard for safe levels of exposure to RF waves, various health groups are investigating the dangers of RF radiation exposure and its link to a long list of ailments.

A multi-year study conducted by the US government concluded that there is a link between smartphones and cancer. The study, which was published by the US National Toxicology Program, found that lab rats exposed to RF radiation developed two types of malignant tumors in the heart and brain[7].

According to the National Cancer Institute, the tissues nearest to a mobile phone’s antenna are the most vulnerable to microwave exposure[8]. Since mobile devices emit microwave radiation via their antennas, placing the mobile phone on the ears puts the brain at risk of radiation exposure because it absorbs the radiation (the antennas are typically hidden inside the phone).

A separate study that involved nearly 800,000 women in the UK found a possible link between long-term cell phone use and acoustic neuromas, a brain tumor subtype. The Million Women Study concluded that habitual use of mobile phones could increase the amount of microwave energy absorbed by the brain[9]. The researchers noted longer observation is needed to determine direct potential links between microwave exposure and the incidence of brain tumors[10].

A 2004 study found that people who live near a cell phone mast were 3 times at risk of developing cancer compared to people who do not live near a cellular mast[11]. The study also noted that people living near cell towers fell ill on an average of 8 years. A separate study[12] confirmed the increased incidence of cancer among residents living near a phone transmitter station.

In May 2011, the World Health Organization (WHO) and the International Agency for Research on Cancer (IARC)[13] classified microwave radiation as a possible carcinogen[14].

Why are more and more people suffering from sensitivity to electromagnetics energy?

Could it be the massive increase in the number of mobile phone towers in both residential and business areas?

These mobile phone towers increase the background radiation which seems to effect the vitality of many individuals. Unfortunately the effects tend to be cumulative and while you may not notice any effects when first using wireless technology, eventually this invisible energy may cause significant harm.

Excessive and habitual exposure to EMFs, even for brief periods, could trigger EHS syndrome[16]. Russian scientists’ findings were the reason why the Russian government imposed a strict limit on microwave exposure.

A group of Spanish scientists investigating the effects of electromagnetic energy emitted by GSM-DCS cellular phones found that people exposed to high levels of EMFs exhibited severe symptoms of EHS symptoms[18]. The study involved dividing the participants into two groups. The first group was exposed to higher levels of EMF, about 10 times higher than the second group.

Sensorial alterations and cardiovascular alterations were higher in the first group compared to the second group. Both groups suffered headaches, sleep disturbances, concentration difficulties, and irritability.

Studies involving the ill effects of microwave radiation seem to be focused on concerns over its cancer-causing effects but there are studies that link EMFs to cardiovascular diseases as well. Although most experts say microwave exposure and heating of cells has no adverse biologic effects, exposure to non-ionizing radiation energy may cause adverse biologic effects, including inflammation. Inflammation increases the risk of chronic diseases such as cardiovascular disease and inflammatory bladder disease[19].

A 1985 study[20] suggests that exposure to low strength 45 Hz magnetic field increased the risk of arteriosclerotic disease among human subjects.

The results were part of a 2 experimental run that involved exposing human volunteers to low magnetic fields during the testing of an ELF antenna system in Wisconsin. According to scientists, the participants exhibited elevated triglycerides levels and the spike was significant enough to increase the risk of arteriosclerotic disease.  While these frequencies are low frequency, keep in mind that mobile phones use both a microwave and a lower frequency imprint to store the information pattern (your voice, your text message or even the video you watched on your phone).

After analyzing the results, scientists concluded that pregnant women exposed to EMFs emitted by mobile phones have a higher risk of fetal and neonatal arrhythmias.

Exposure to mobile phone radiation during pregnancy may cause behavioral disorders in developing fetus. The study, which was published in the Scientific Reports journal, involved exposing pregnant mice to RF radiation via mobile phones placed above the cage. Researchers found that that adult mice exposed to radiation as fetuses tended to be more hyperactive and had poor memory capacity[22].

The researchers attributed the behavioral issues with the abnormal development of neurons in the prefrontal cortex region of the brain, causing Attention deficit hyperactivity disorder or ADHD.

Exposure to GMS mobile phones could also lead to nerve cell damage, this, according to two separate studies. Both studies involved exposing lab rats to mobile communication (GSM) microwave to determine its effect on the brain. The results from these studies confirmed that the animal subjects sustained neuronal damage and increased the dark neurons in the rat brains.

The first study also involved assessing brain samples and determined the occurrence of damaged neurons among rat subjects[23]. The second study confirmed the first study's results, noting that, “electromagnetic radiation emitted by mobile phones alters the permeability of the blood-brain barrier immediately and 14 days after exposure”[24].

Because microwave radiation primarily targets the brain, a person’s sleeping pattern gradually changes. A 2005 Swiss study found that people who live near cell towers are likely to suffer from sleep disturbances[25].

The cross-sectional study, which involved monitoring 400 residents living in different distances to a cell transmitter, concluded that sleep disturbances symptoms increased among participants when radiofrequency electromagnetic field exposure also increased. The quality of sleep among participants improved after the transmitter was shut down.

A separate study found that exposure to low level EMF among 365 subjects living in urban and rural Vienna and Carinthia, led to headaches and reduced cognitive performance[26]. Residents who were nearest to the mobile phone base stations suffered from poorer sleep quality as well.

There are compelling pieces of evidence and dozens of clinical studies that illustrate the dangers of mobile phone radiation to public health. Unfortunately, these scientific findings were not being given the attention they deserve to warm the public. The dangers of RF radiation are still widely debated in the scientific community despite the mounting evidence.

Although the FCC laid out guidelines on microwave exposure back in 1999, these guidelines were not directed to safety from biological exposure.

Health concerns related to mobile phone radiation must be addressed to protect human health. Federal regulatory bodies and major health groups must work together to develop bylaws that would limit, if not eliminate, RF exposure among the general population.

In the meantime there are steps you can take to alleviate the problems and minimize your exposure to microwave radiation.

[The links above don't seem to be working on most browsers – sorry. They will be fixed as soon as possible.] 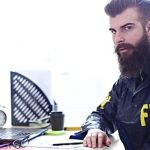 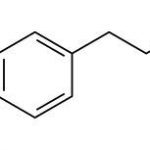 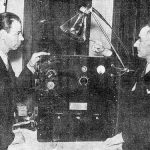 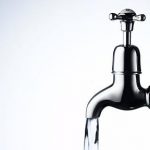 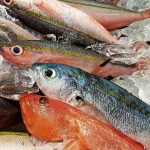